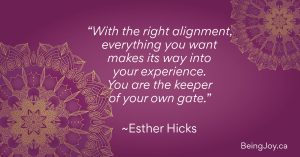 How do your beliefs impact your life today? Are they limiting your potential or are they empowering your ability to manifest your desires?

The topic of beliefs is fundamental to the subject of alignment. And being aligned to your true essence is the foundation of joyful living.

This week’s post is the third of the last four posts I will write based on “Be Aligned”, which is the last chapter of my book Being Joy™. Today I will talk specifically about how being attached to your beliefs can block the flow of energy that enables you to align with your true self. And when that inner conflict occurs, you can feel out of sync with your natural rhythms of being.

I’m going to expand on those thoughts by including key passages from Chapter 23 – Be Abundant from my book as it delves more deeply into how attachment to your beliefs about abundance and scarcity can get in the way of your alignment with self. Let’s start by looking at the current environment we are living in.

One of the challenges we face as a society is that many people have been taught to believe that life is hard. And we’ve been conditioned to look out for number one. We’ve been told that we must get it first before someone else does because there’s not enough.

If you’re like most people right now, you’ve been subjected to a culture of fear and scarcity – whether it’s related to a lack of money, love, time, or anything else for that matter. You’ve bought into the illusion that there’s a shortage of those things. That’s right – it’s an illusion.

Let’s look at some beliefs you may be attached to that are contributing to your feelings of scarcity and then we can look at what you can do to turn that around. 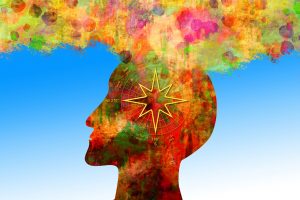 According to Lynne Twist in her remarkable book The Soul of Money, the reality is that our planet is actually overflowing with abundance. Having been impacted by the teachings of, and friendship with Buckminster Fuller more than forty years ago, Lynne said in her book that Fuller relayed to her that “…at this point in history – in the 1970s we were able to do so much more with so much less that as a human family we clearly had reached a point where there actually was enough for everyone everywhere to meet or even surpass their needs to live a reasonably healthy, productive life.” So please put that belief of lack to rest. Your abundance can’t arrive when you’re in a state of panic and worry – fear blocks flow.

Louise Hay says that the root of most of our problems in life are contained in the feeling I’m not good enough. This is one of the biggest and most commonly held beliefs, especially among women. Women generally put themselves last, are poor receivers, suffer in silence, and are then distressed when abundance doesn’t flow to them as they think it should.

Belief #3. I don’t want to be like the filthy rich anyway.

When it comes to attracting prosperity, you really need to look at the firmly held beliefs about money that are running in your life to understand why it’s not flowing to you. Some of this may even be unconscious. For example, do you believe that rich people are stingy or phony? Do you use the term “filthy rich” when you speak of wealthy people? How about adages like, “You have to work hard to make money,” or “Money doesn’t grow on trees,” or “The rich get richer, and the poor get poorer.” How about “You should have just enough to get by, otherwise you’re greedy.” And my personal favourite, “Money doesn’t buy happiness.” Can you see what you might be doing by holding onto these judgments? You’re basically saying, “I don’t want to be like that, so don’t bring me any of that filthy money.” No wonder it’s not showing up for you.

This is where you believe it’s too hard, you’re too old, you didn’t have the same opportunities as others, you’re not good-looking enough, you don’t know enough, and besides, not everyone can have it all. Again, you’re telling the Universe that you really don’t want abundance to flow to you. You’re okay with the way things are. 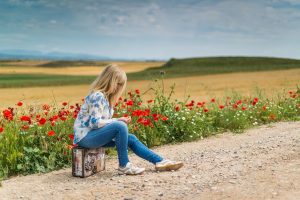 If this is you, I would encourage you to go back and read Chapter 15 -Be Accepting from my book Being Joy™. Being a victim in your life reinforces your belief that life happens to you. You’ve given all your power away. You focus on obstacles, never take risks for fear of failing, you think small and get stuck in your story. Abundance simply can’t flow to a victim because a victim is not living in a vibration that would ever see the opportunities.

By now, I hope I’ve sufficiently emphasized the message of letting go so that you can open yourself up to receiving that which you want. As counter intuitive as it may seem, this really is the key. You absolutely must release control to allow the flow of abundance to come to you. I suggest reading Chapter 8 – Be Released from my book if you need some further reinforcement on this.

When your belief tells you that you must be in control, that’s just your ego talking because it doesn’t want you to veer off into the unknown. Ego likes security. But control is fear-based.

The more you struggle to attract your desire, the more you push it away, because the energy you’re creating is focused on what you don’t have instead of what you do.

Please know that there is an abundance of all, but you must be in alignment with the receiving of all. Remember, it isn’t your job to make it happen. It’s your job to allow it to happen. And that my friend, is joyful living.

P.S.   If you are interested in learning more about the 40 joy habits in my book Being Joy™ you can order a copy for yourself or someone you care about.

If you enjoyed this post, you may also enjoy these:

What do you want in 2021?
A love story for Christmas
The spirit or the material?
Don’t believe the illusion
What are you being?
Do your feelings serve you?
Are you living in alignment?

Recent Posts
Archives
40 DAYS TO A NEW JOYFUL HABIT AND A NEW YOU.
Order My Book
Copyright Gloria Stewart 2023 - All Rights Reserved
Back To Top
Share this ArticleLike this article? Email it to a friend!
Email sent!