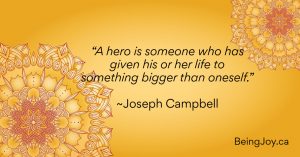 When you think about those who you admire, whether they’re from previous times, are fictional characters or are people you know today, is there a common attribute that connects them? Is it a quality you would like to emulate?

For me, the ones I admire have lived with honour.  They admit they’re not perfect but have strived to be better than they were before.  They believe in truth and doing the right thing with compassion, especially when it’s hard.  They are my heroes.

Take for example the character of Jean Valjean as beautifully created by Victor Hugo in his book Les Misérables, which was later adapted as a stage play and eleven movie versions at last count.

The story is set in 18th century France at a time when resources were extremely scarce and many people were starving. The tale begins when Valjean breaks the window of a local baker in order to steal a loaf of bread to help feed his widowed sister and her seven children. He was sentenced to 19 years in prison – for stealing a loaf of bread! 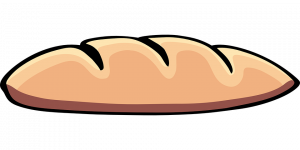 After enduring years of hard labour he eventually completes his sentence and is freed by Javert, the cruel officer in charge of the prison workforce. Valjean promptly breaks parole but later uses money from stolen silver to reinvent himself as a compassionate mayor and honest factory owner. Javert vows to bring Valjean back to prison.

Years later, Valjean becomes the guardian of a child named Cosette after her mother’s death, but Javert’s was relentless is his pursuit of Valjean.  The story has many emotional twists and turns as the two collide and Valjean continues to prove himself as a man of courage, self-sacrifice, and honour.

The character of Jean Valjean is a great example of a kind, loving, caring, and merciful man, who is first of all a human being.  And like all humans, we may stumble.  But with courage we learn from our past missteps and rise again, often to do greater things than we may ever have imagined.

If you haven’t read the book, I encourage you to pick up a copy.  Or watch one of the many movie versions.  It’s timeless, inspirational and a great antidote for apathy in my opinion.

We need more examples of modern-day bravery and redemption these days.  We need more heroes to emulate.  And we need more humans of honour to rise up and show us the way.  For when we leave behind the petty things that don’t really matter and chose to live up to our better selves, we are truly free.  We are living in alignment with our true purpose.  And that my friend is joyful living.

How do you honour ‘the self’?
Do you know your family tree?
Do you believe in others?

Recent Posts
Archives
40 DAYS TO A NEW JOYFUL HABIT AND A NEW YOU.
Order My Book
Copyright Gloria Stewart 2022 - All Rights Reserved
Back To Top
Share this ArticleLike this article? Email it to a friend!
Email sent!