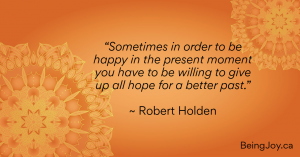 Finding the courage to accept an injustice from your past is truly a heroic gesture.  In fact, after acknowledgement, the act of acceptance is the next most important step towards inner healing.

Whether it is something you have inflicted upon yourself or has been perpetrated upon you by someone else, staying stuck in the past prevents you from moving forward.  Take June’s story for example.

The youngest child of a middle-class rural family, June used to imagine what her life would be like if she didn’t live so far away from town.  She could go to parties like her older siblings and participate in after-school activities instead of having to catch the school bus home every day. One day she decided to try something different.

Instead of getting on the bus after school, she turned the other direction and began walking towards the downtown area of town.  She knew she would be in trouble when she got home, but she didn’t care.  She was nearly 13 and figured it was time for an adventure. 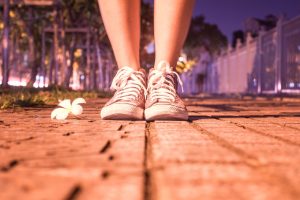 It wasn’t long before she got bored at looking at the shop windows and realized it would be dark soon. What she hadn’t figured was that the town buses didn’t go all the way out to where she lived.  How would she get home?

She started walking back towards the school, hoping she would run into someone she knew.  Then she heard footsteps behind her.

She began walking faster, then running until she was out of breath.  As she turned around, she saw a group of four older boys coming towards her and gesturing in a way that meant trouble.  She closed her eyes as one of the boys pinned her to the ground and covered her mouth so she couldn’t scream.  She began to pray that if she got out of this alive, she would never venture out of the safety of her home again, for this must have been punishment for having an adventure.

Thankfully, a passerby saw the impending violence and intervened before more damage could be done. June called her dad from the police station and her worried parents came to get her.  Although what occurred left no physical scars, the wounds to her sense of self and trust in others would be shattered for years to come.

June kept her promise for as long as she could.  For weeks she refused to leave her home as she replayed the events of that day over and over again in her mind.  No more adventures for her she vowed.  Only the safety of her home.

Eventually she grew up and moved away however remained fearful of new things and was especially suspicious of people she didn’t know. Deep inside she felt tremendous guilt for being so naive that fateful day while at the same time resenting the boys for the wasted years she had spent living in fear.

Finally, with the help of her family and a strong support group, one day June decided it was time to go back to the town where the “incident” had occurred.  As she walked along the same sidewalk she had been on so many years ago, she came face to face with the past.  And then it happened.  She finally exhaled. 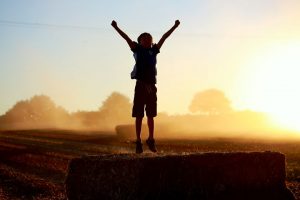 Instead of falling apart, she began to laugh.  It was like a weight had been lifted.  She had finally confronted her past and it wasn’t as scary as she had made it out to be in her memory.  She had accepted that it had happened but that it no longer had power over her.  She decided to stop living like a victim. She forgave herself for her youthful lack of judgement and even found forgiveness for the boys who had tormented her.

You see, by forgiving herself and the boys, June was able to acknowledge the reality of what had actually happened and was able to find a way to live in a new state of acceptance with it.  That liberated her from the years of a self-imposed prison so that she could resume the life that had been put on pause all those years.

Acceptance of the past is the only way to move forward.  You can’t change what happened, but you can change the story you tell yourself about what happened.  Take back your power like June did and live the life that you were always meant to live.

Until next week, honour yourself and others by finding forgiveness. It will help you keep your frequency high, your mind open, and your joy ever expanding!

Do you have attachments you would like to release?
Self forgiveness is self-love
Two doors. One choice.

Recent Posts
Archives
40 DAYS TO A NEW JOYFUL HABIT AND A NEW YOU.
Order My Book
Copyright Gloria Stewart 2022 - All Rights Reserved
Back To Top
Share this ArticleLike this article? Email it to a friend!
Email sent!